Featured, In The News

What makes a Salesforce user different from someone who uses, say, Pipedrive or Nimble? Just like an iPhone user tends to be different than an Android user, it’s common knowledge that someone who uses Salesforce tends to work at a larger or more mature organization than those that don’t. In fact, they’re 5 times more likely to have a marketing team and 10 times more likely to have a customer support team. But did you know that they also tend to check their CRM more frequently and have a more confident outlook on their future?

New data paints a distinct picture of Salesforce users. Cien’s Global Study on the Future of Sales controls for factors such as company size, industry, and role, and reveals stark differences between Salesforce users and Microsoft Dynamics or Hubspot CRM users. Here are four that stood out.

Sales professionals that use Salesforce tend to be more relaxed about their future than those who don’t, particularly in regards to the impact of artificial intelligence on their jobs. From the respondents of Cien’s global study, Salesforce users were half as likely to believe AI will put them out of work within the next ten years.

Salesforce’s launch of Einstein last year may have contributed to this perception among its user base, however, this only partially explains why they appear more bullish about AI since other CRM vendors such Base or Zoho also offer artificial intelligence capabilities. Few sales professionals would dispute that CRM can be a double-edged sword, making their jobs easier or more difficult depending on how it is used. An overwhelming majority of sales professionals surveyed said what they enjoyed the most about their CRM is its ability to give their manager or fellow team members greater visibility on their activity and pipeline. However, once you take into account other factors such as team size or rank, Salesforce users are clearly more satisfied with the quantity and quality of visibility their CRM provides them than those who don’t use Salesforce. #3: Salesforce users are more confident in their CRM skills

In terms of describing their CRM expertise, Salesforce users don’t appear to be of the most modest kind. 85% of the respondents who used Salesforce saw themselves as having an intermediate or advanced level of CRM mastery. This is 16 percentage points more than users of other CRM systems. In fact, only 15% of Salesforce users considered themselves beginners or unfamiliar with CRM systems, while the number jumped to 28% for non Salesforce users. #4: Salesforce users are obsessed with real time data and productivity

Although CRM usage varies greatly depending on your job function or your organization’s sales model, Salesforce users typically check their CRMs more frequently than others. Of the B2B sales professionals surveyed, more than 54% of Salesforce users checked their CRM every couple of hours or more, an 18% difference compared to non Salesforce users. In addition, a whopping 71% of Salesforce users said improving productivity was their biggest concern for 2017. It goes without saying, but we’ll say it anyway: sales professionals have access to more data than ever before. While some may struggle to cope with the sheer volume of data generated by their CRM system, it appears clear that whether your team uses Salesforce or not has a direct impact on how you work and ultimately how you perform as a sales professional.

About the Study – This study was conducted by Cien, makers of the AI-powered sales productivity app. Respondents were polled between June 1st, 2017 and July 1st, 2017. The full version of the study is available at: Global Study 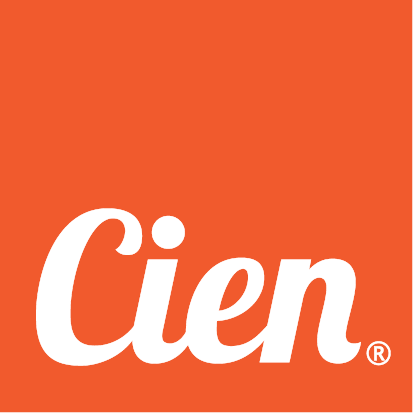